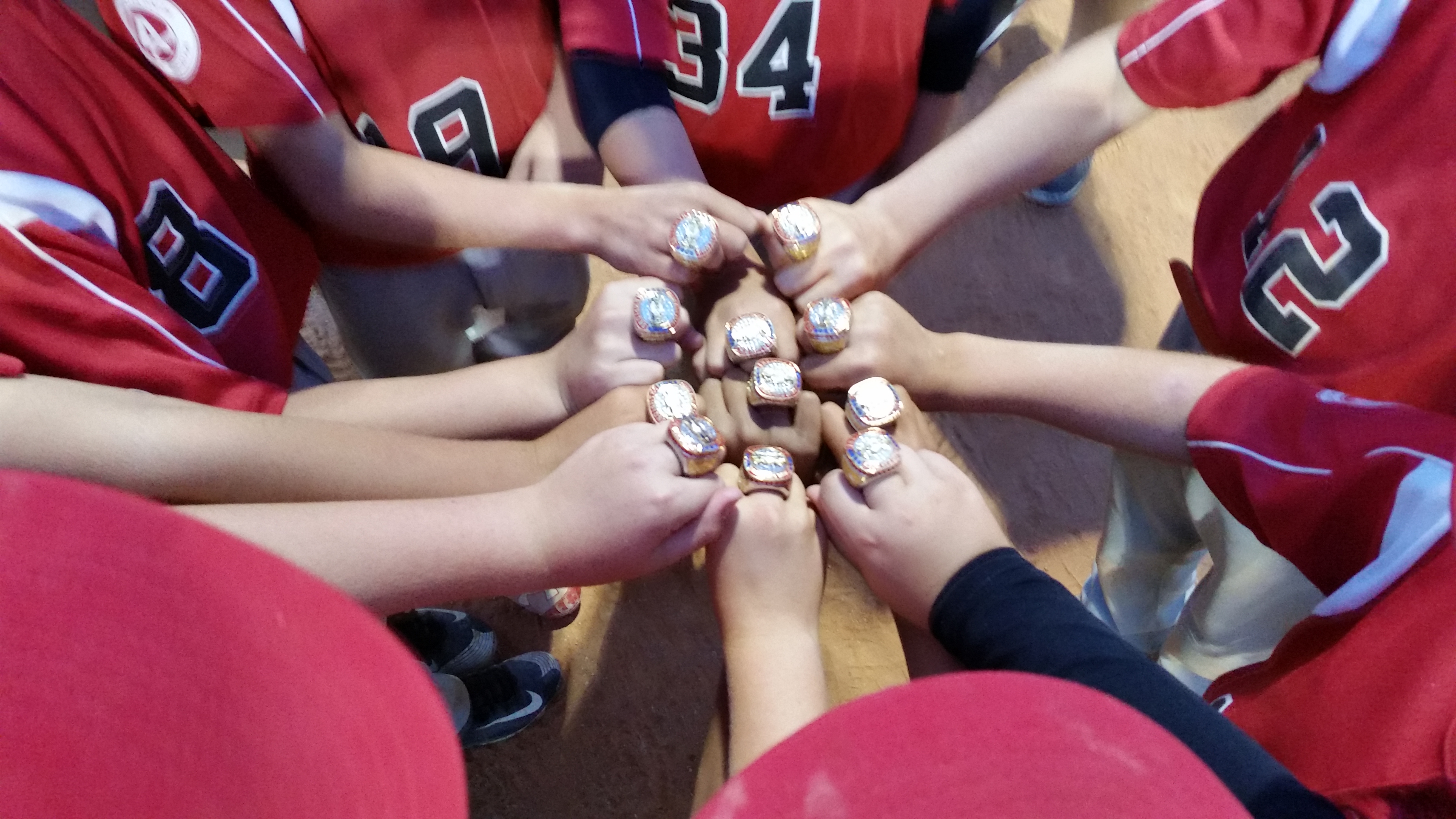 The Georgia Bombers (Troutt) went into the Battle of the Bats tournament short of full strength.  They had a player with a concussion, another with an arm injury from kickball and lastly, a little toughie who lost his front tooth fielding fungos on Thursday.  They opened up on Saturday with two wins and finished as the #3 seed going into bracket play on Sunday.  The whole weekend was marked by different players coming through when needed and excellent pitching performances by the injury depleted staff.  Each game on Sunday saw the 9U Bombers take early leads and they held onto them uneventfully until the championship.  Playing the North Gwinnett Blackdogs for the second time, they held a comfortable 8-5 lead going into the 6th inning.  A few costly errors, a walk and some timely hitting by the Blackdogs forced the Bombers against the wall to try to comeback from an 11-8 deficit.  A bases clearing triple tied it up and a walk off single by the 11th batter won the game in the bottom half of last inning!  Congratulations for a total team effort by the Baby Bombers! 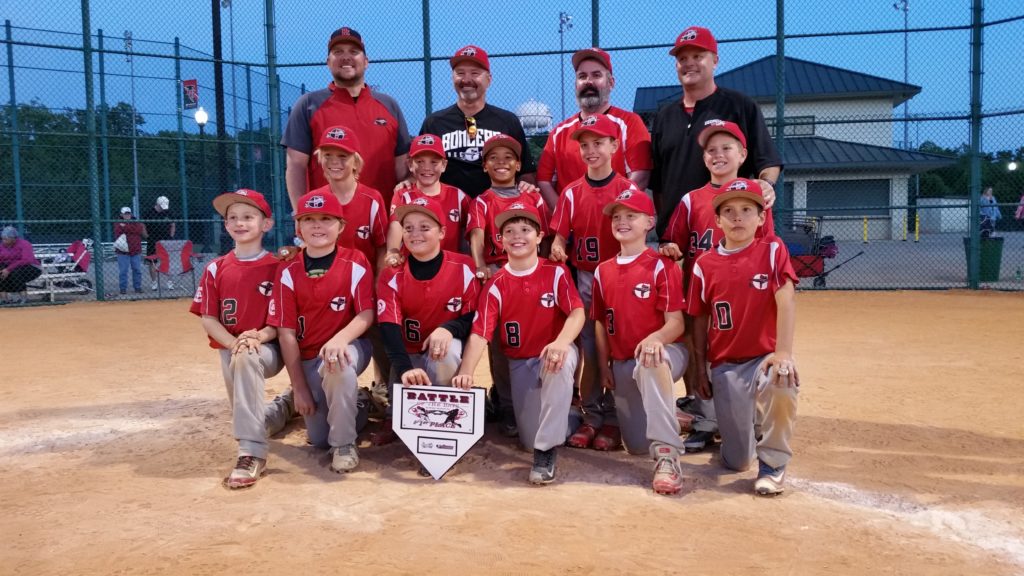