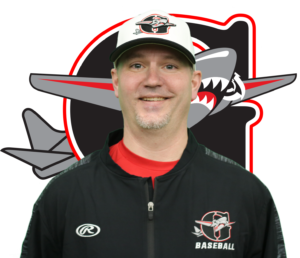 Wes is coming to us from East Cobb Baseball and Team Georgia Baseball Academy. He graduated from Pope High School in 1998 and earned a scholarship to play centerfield for Georgia Tech in 1999-2002. While at GT Wes earned All ACC Tournament Team honors in 2002, played for 2000 ACC Championship team and was lucky enough to play in the College World Series in 2002.

After playing, Wes coached at Georgia Tech as Volunteer Assistant in 2007. Since then Wes has been the Sales Manager/Director of Operations at ECB, Inc from 2007-2014.